Objective
Document the evolution of our Christmas Giving Game (and give others a jumping off point if they are interested in doing something similar!).
The charities I have selected for 2021 are, in no particular order:

Similar to last year, each gift recipient will receive giving dollars and a one-pager on a specific charity to pitch. After the pitches and ensuing discussion the recipients will be allowed to allocate their giving dollars as they see fit. The winning charity with the most allocated dollars will have its donation doubled! 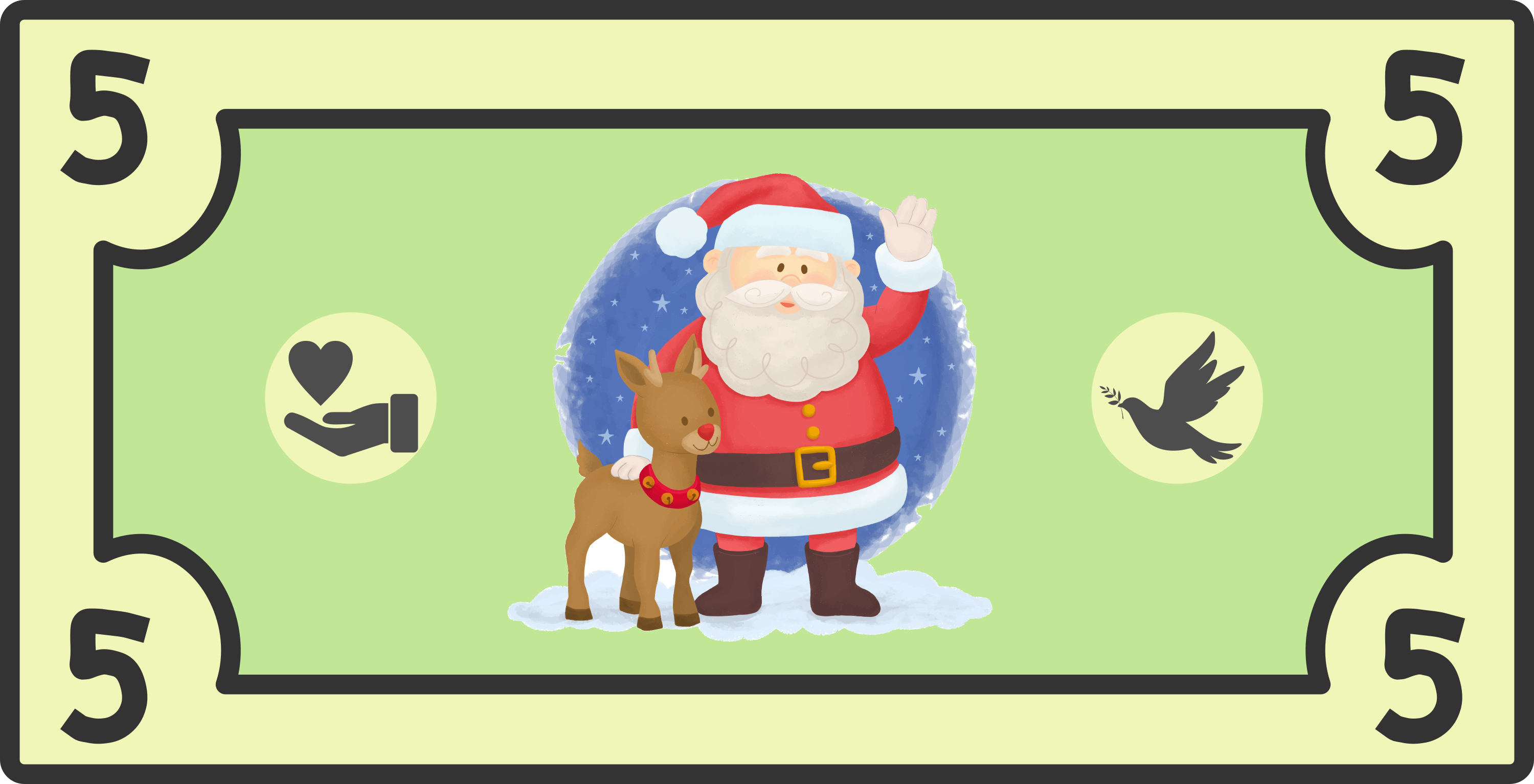 This year I am tweaking the format slightly - each recipient will be assigned two charities and they will be required to select one of the two to pitch. The intent here is to allow the recipients to perform an initial evaluation before coming up with selling points for their charity. We'll see how it goes.

We tried this for the first time with my family last year (2020) and it led to some interesting Christmas dinner conversation and some surprising results. Looking forward to seeing the results this year!

The new format went over well! All the participants appreciated the chance to evaluate before pitching. Another thing that went well was giving the participants more time to evaluate options - I handed out the gift envelopes during a few hours of down time and we then played the game in the evening. Finally, the quick information at the top of the handouts (regarding charity location and size) went over well and will be repeated.

Next year I think I want to give each person two charities in the same cause area if that works out. I also want to spend more time on the handouts as that ends up being the major source of information discussed. I would like to add more numbers/charts to these handouts.

The three charities that were selected in both games (with my family and my wife's family):

The following three were selected in only one game:

The last five were not selected: